Turmeric powder aides in the fight against inflammation. 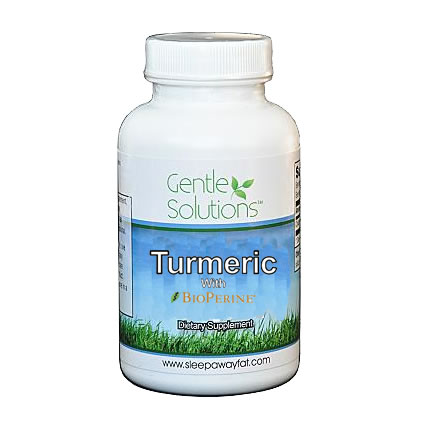 Turmeric has been used for thousands of years as a medicinal herb as well as a spice. But in recent years there has been a massive spike in interest across the United States as people discover how amazing turmeric supplements really are.

Turmeric contains medicinal compounds called curcuminoids, the most popular and important of which is curcumin. Curcumin is known for being a strong antioxidant as well an anti-inflammatory agent.
Our turmeric formula is made with an extra dose of curcuminoids that you don’t find in normal turmeric in the spice aisle. We also add BioPerine (black pepper extract) this allows the body to actually break down and use the turmeric and reap the benefits.

Curcumin is a bioactive substance that fights inflammation by blocking the molecule called NF-kB which is responsible for causing inflammation in the cells. Curcumin also has potent antioxidant effects, effectively blocking free radicals in the body and protecting against oxidative damage which is believed to cause ageing as well as many diseases.
Interestingly, curcumin has also been known to assist in increasing levels of Brain-Derived Neurotrophic Factor, or BDNF, which is a growth hormone that functions in the brain, allowing the creation of new neurons. Curcumin’s effect on BDNF levels has been thought to help patients with neurological degenerative diseases and age-related decline in brain function.

Inflammation can become a major problem when it becomes chronic and inappropriately attacks the body's own tissues.
Scientists now believe that chronic, low-level inflammation plays a major role in almost every chronic, Western disease. This includes heart disease, cancer, metabolic syndrome, Alzheimer's and inflammatory Arthritis.
Therefore, anything that can help fight chronic inflammation is of potential importance in preventing and even treating these diseases.
Curcumin is strongly anti-inflammatory. So much so that it is often as powerful as some anti-inflammatory medications yet without the side effects.
Turmeric can be used to help maintain a healthy and happy body for years to come.

60 capsules per bottle.  Suggested use:  Take 1 capsule twice a day.  For best results take 20-30 minutes before a meal.

There are yet no reviews for this product.
Copyright © 2007 - 2020 Gentle Solutions LLC